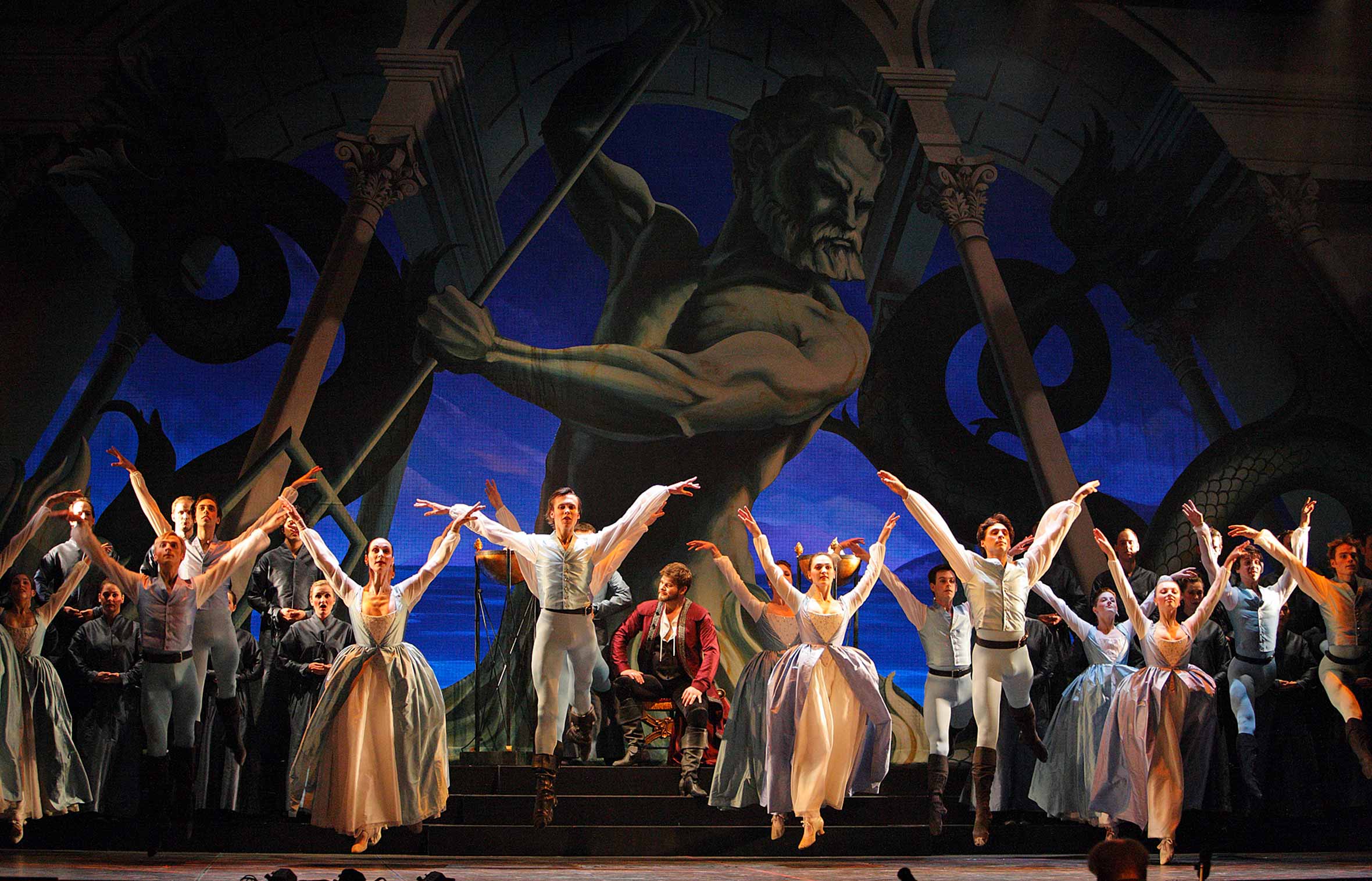 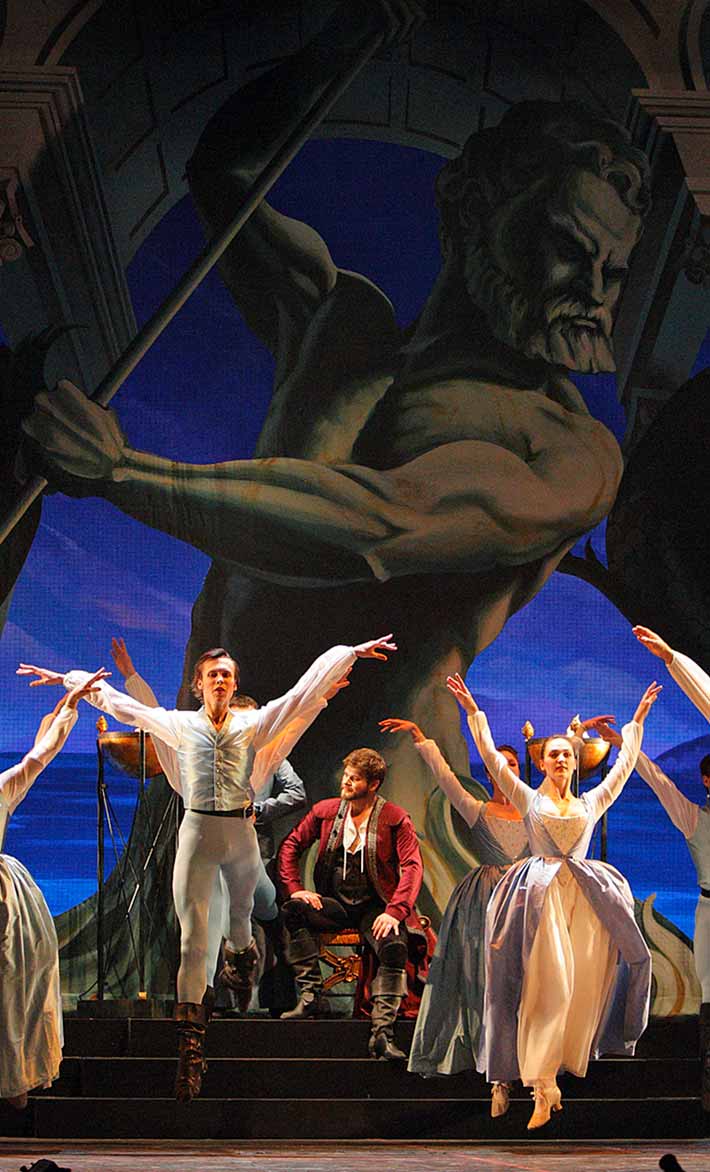 Idomeneo (1781) is Mozart’s tragédie lyrique. He was impressed with the dramatic quality of French operas especially those of Rameau. Indeed, his Idomeneo is modelled on a French opera of the same name, composed in 1712 by Campra with a libretto by Antoine Danchet. His other major influence was the French operas of Gluck whose integrated dramatic style Mozart greatly admired; in fact the subject of the opening chaconne in Idomeneo is taken from Gluck’s Iphigénie en Aulide. The dances in Idomeneo are beautifully integrated into the dramatic action, from the freeing of the Trojan captives to the rites in honour of Neptune, and of course the final celebration so traditional in France. The choreography was in the French style by the ballet master M. Le Grand. Mozart’s interest in the ballet sequences was intense.He even suggested which dancers perform which dances, reserving the best music for M. Le Grand himself. The style of choreography in our production is based on late baroque dances along with early ballet. The unearthing of the ruins of Pompeii beginning in 1748, had a huge influence on the arts, from 1750 until the early 19th century. The Neoclassical style is shown in various steps and poses which were drawn from these exciting discoveries. Mozart’s final dance suite is his tribute to the French Ancien Régime in all its brilliance.