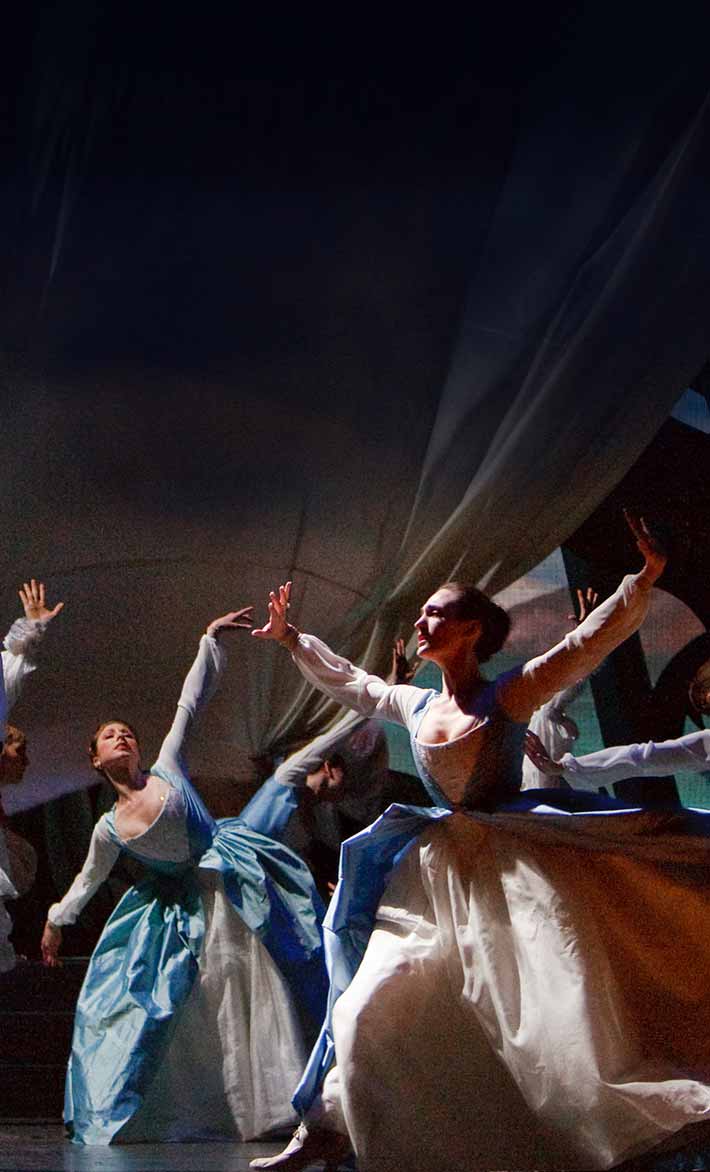 Idomeneo is the first great masterpiece in Mozart’s operatic output. When it was premiered at the renowned Cuvilliés Theatre in Munich onJanuary 29, 1781, Mozart had celebrated his 25th birthday just two days earlier. Indeed, even receiving a commission for the Munich “carnivalopera” for 1781 was a great opportunity for the young Mozart. He had at his disposal some of the finest singers in Europe, and the players in the orchestra were largely drawn from the famous Mannheim orchestra, which was described by the English traveller Charles Burney as “an army of generals”. Another contemporary wrote that the orchestra’s “forte is a thunderclap, its crescendo acataract, its diminuendo a crystal stream babbling away into the distance, its piano a breath of spring.” No wonder Mozart was inspired in Idomeneo to write one of his most extraordinary orchestral scores, full of drama, pathos, sweetness, and daring harmonic language, with some passages sounding for all the world like a 19th-century Romantic symphonic work.

Idomeneo is sometimes described as an operaseria, the Italianate form of opera characterized by long da capo arias separated by simple recitative, little use of chorus or dance, typically treating serious plots with noble characters. While Idomeneo is certainly a serious story, it otherwise displays many more characteristics of the French tragédie lyrique, with its emphasis on spectacle, prominent music for the chorus, and integrated dance movements. This is not surprising, given Mozart’s catholic taste in operatic forms (one of his pupils once remarked that Mozart “ was always studying French operatic scores”). In fact the libretto is basically a translation into Italian of a pre-existent French opera libretto written by Antoine Danchet for André Campra.

Mozart went to Munich in late 1780 to workon the opera, and it is fascinating to read the letters he wrote to his father back in Salzburg, which comment on many aspects of the process of creation of the work. Delightful details, like his reporting that the soprano Dorothea Wendling (the original Ilia) was “arci-contentissima” with her opening recitative and aria, are found together with deep artistic considerations of how best to shape a large opera. He talks about his tussles with the librettist Varesco (who wanted to make the text even longer): Mozart always insisted on brevity and naturalness in the service of the drama. He would write arias, only to cut them if he felt they slowed the action too much.He famously insisted that the final deusex machina with the appearance of Neptune not be too long. Mozart writes:

Imagine yourself in the theatre, and that the voice must be terrifying – and that one must believe that it is real. How can this be believed when the speech is so long, for during that time the listener will become increasingly sure that it is meaningless? If the Ghost’s speech in Hamlet were not so long it would have a better effect.

(We may not agree, but Mozart knew someShakespeare and was not afraid to suggest improvements!) On many occasions here places formal closes at the end of an aria with passages which link immediately into the next scene, without the stopping of the action so often found in opera seria. He was very aware of the “reform” that many late 18th-century artists felt opera needed, most clearly articulated by Gluck and Calzabigi. Like Gluck, he makes the overture part of the drama, with a storm that overwhelms the regal opening themes, only to subside into the first scene. And like Gluck, Mozart employs a great deal of accompanied recitative, in which the singing still maintains a speech like aspect, but the orchestra reflects and intensifies the emotional import. Indeed, we are treated to a masterful accompanied recitative in the opening scene. And with the opening words “When will my bitter misfortune send?” we should not be surprised that from overture to finale, Mozart writes some of the most passionate and personal music of his career.