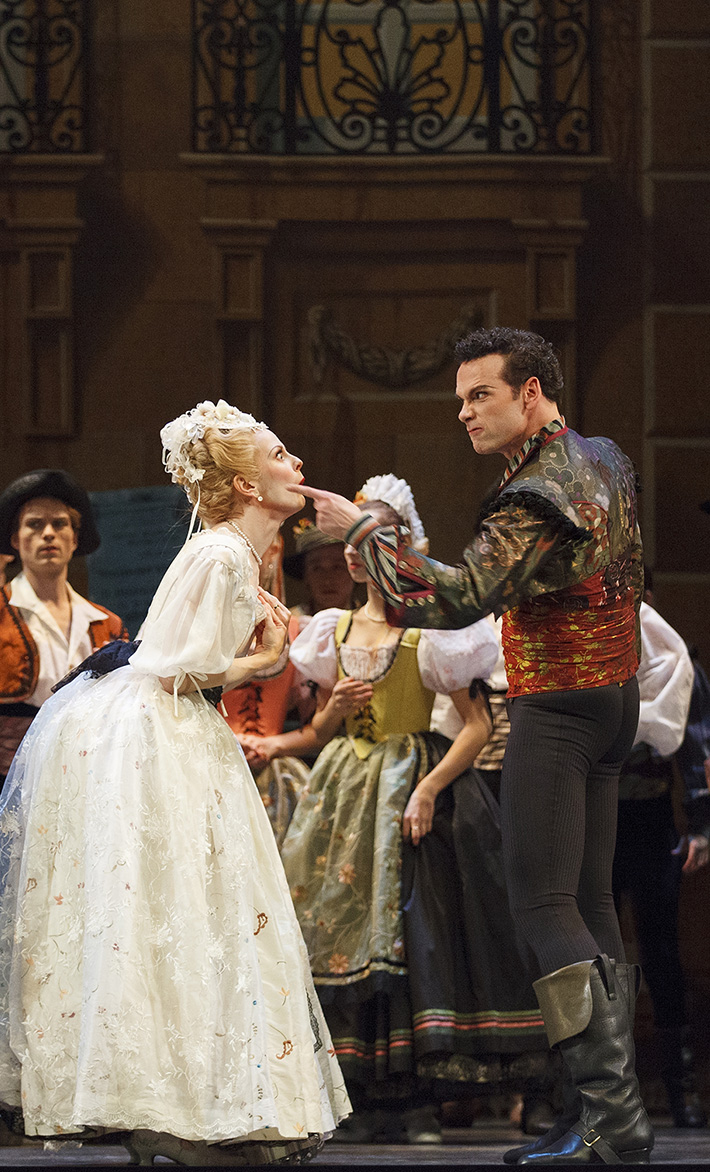 Mozart’s Don Giovanni is frequently presented as a dark, psychological drama featuring a sexually immature, aging Lothario. The 20th century (still reeling from the Puritanism that was a direct reaction again the license of the 18th century) takes comfort in insisting that Don Giovanni does not love women, rather he hates them; hence his extraordinary number of conquests and inability to achieve intimacy. The point of view has often been portrayed since the middle of the 19th century and into the present day.

This very modern psychology becomes highly problematic should a director wish to exploit the fact that da Ponte’s libretto for Don Giovanni is firmly rooted in the Italian Commedia dell’Arte and is packed with standard – indeed typical – Commedia scenarios, dialogues, and characters.

The opening scene alone signals to us that we are in the world of the Commedia dell’Arte and is virtually identical to the opening scenes of numerous famous Commedia scripts that survive to this day. In those scripts, the servant, Harlequin, is forced to wait outside the bedroom, tavern or inn while, inside, the master indulges himself. Harlequin always begins the show with a litany of complaints regarding his master, his situation, and his wish that he could change places with him.

Don Giovanni does not hate women. Rather, he adores all women. He falls in love with the last woman to cross his field of vision, and the schtick is that all the women, in turn, find him irresistible. Think of Cherubino in The Marriage of Figaro: the Don is a Cherubino who has lived to be 25 years old!

Opera Atelier’s Don Giovanni is a comedy about a young man who, like many young people, believes himself to be immortal. Like all successful comedy, it contains moments of great pathos and power. Ultimately, we must love the Don as does every woman in Mozart’s opera. By the final scene, he is more than merely seductive: he becomes truly heroic.

People often look for the dark side of Don Giovanni because the opera was originally referred to as “dramma giocoso”. It is worth noting however that in the 18th century the Italian word “dramma” (like the French “drame”) had no connotations of the serious or tragic. The word “dramma” simply meant “a play”. Thus a literal translation of “dramma giocoso” is “a comic play”. I think it is particularly important to note that Mozart himself entered Don Giovanni in his catalogue of works as an opera buffa!

This production takes Opera Atelier’s performance style and stretches it to the limit. Our singers and dancers, intimately familiar with Opera Atelier’s aesthetic must now parody that style in the comedic tradition. Period dances have been carefully created for the famous ballroom scene and throughout the opera. The Artists of Atelier Ballet act as a visual thread that links the scenes.