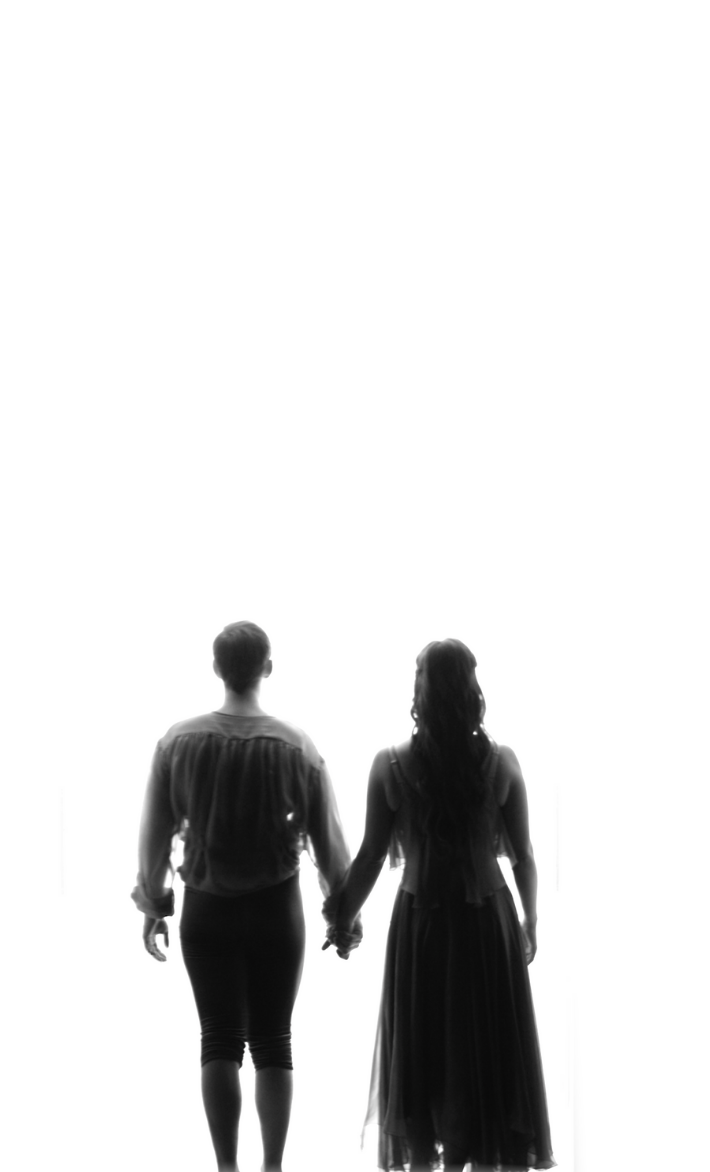 The Marvels of Opera Atelier's Angel

Once again, it is a transcendent morning after following a triumphant night before.

Marshall Pynkoski and Jeannette Lajeunesse Zingg are on the phone only a few hours after concluding the filming of Opera Atelier’s monumental new work, Angel.

We had a similar conversation following the completion of The Resurrection last spring, but – glorious though that work was – Pynkoski hastens to declare that Angel  has been “the most magical, unexpected experience in our careers.”

Lajeunesse Zingg is quick to agree. “A wonderful creation. A true collaboration. Everyone gave 200% The work has taken on a life of its own.”

And this truly was different.  Opera Atelier’s long and distinguished history has been devoted to work from the Baroque era, but Angel is totally original -  an opera/ballet composed by Canadian Edwin Huizinga with Associate Composer Christopher Bagan using texts by John Milton and Rainer Maria Rilke that deal with the struggle between good and evil.

It has been in development for the past six years, with sections of it gradually being revealed to the public in Opera Atelier’s programs.

“We couldn’t have done it any other way,” insists Pynkoski. “It had to grow organically, just like Opera Atelier has grown organically, when like-minded people have appeared and joined us.”

Colin Ainsworth, who appears prominently in the work “has been with us for more than 20 years.  That’s the beauty of the way we create. We don’t have to explain to each other. We’re all on the same page, but we don’t spend all our time together.”

One of the marvels of Angel  is the way the very different texts of Milton and Rilke complement each other.

“His writing makes you feel like you’ve just been plugged into another world,” enthuses Lajeunesse Zingg. “The mystic poetry and the obsession with angels.”

The realistic Pynkoski counters with, “But you can’t live a dream for an hour and a half. That’s why we need Milton as well. One poet told the story, the other reflected on it, both intellectually and spiritually.”

“But we’re not looking for a linear tale,” explains Lajeunesse Zingg, “it’s a series of impressions. It takes us through a journey.”

And every journey needs a guide at its centre to be its Angel.

Opera Atelier had to look no further than its Artist in Residence, Measha Brueggergosman, who has been part of the work in its earlier incarnations.

“Measha was excited by the very prospect of the project,” says Pynkoski, “and when we told her who the composer would be, that clinched the deal.”

“I love Edwin, I’m crazy about his music!” Lajeunesse Zingg recalls Brueggergosman exclaiming, and she lived up to her enthusiasm, flying to California to work with him in the cabin he lives in there and then, in turn, inviting him to stay with her in New Brunswick, where she has her home.

With all these pieces in place Pynkoski and Lajeunesse Zingg continued assembling their Dream Team – vocal stalwarts like Colin Ainsworth, Mireille Asselin, Jesse Blumberg, Meghan Lindsay, John Tibbets, and Douglas Williams, returning to play Lucifer, which he did so memorably in The Resurrection.

Marcel Canzona was again behind the camera, described by Pynkoski as “that extraordinary filmmaker who is the youngest person in the room, but is addressing every issue.”

The highly respected Nathaniel Dett Chorale, under the direction of D. Brainerd Blyden-Taylor works with Opera Atelier for the first time, while the company’s historic orchestral partner, Tafelmusik, conducted by David Fallis continued their long-standing partnership.

When the time came for the cameras to roll, there was one important difference between this and other Opera Atelier streamed pieces from recent years.

“This was absolutely not a proscenium piece,” asserts Lajeunesse Zingg firmly. “Camera angles were all planned, the lighting was completely different.”

“On the first day,” remembers Pynkoski, “I turned to the company and said, ‘This is not an apology for not being in a theatre!”

And he describes the process that followed as “being strapped onto a roller coaster ride.”

The amazing thing is that all this beauty and light came out of darkness and death.

Back on November 13, 2015, 90 people were killed in a terrorist attack that took place at the Bataclan Theatre in Paris.  Pynkoski and Lajeunesse Zingg had just arrived in France that day to mount Lully’s Armide at the Royal Opera House in Versailles.

They went through with the production to great acclaim and – as a tribute to the company’s courage -  they were invited back two years later and Pynkoski decided they must create something new.

That was the beginning of what would become Angel.

“This creation would not have happened,” admits Pynkoski, “if this terrible event had not happened.”

Lajeunesse Zingg concurs. “It shows the triumph of the human spirit as expressed by artists who are serving something bigger than themselves.”

“You start to be taken places,” concludes Pynkoski, “that you never ever dreamed of being taken.”

But that – after all -  is what Opera Atelier has always been about.

Richard Ouzounian has worked in the arts professionally for 49 years.  During that time, he has directed, written, or performed in nearly 300 shows and had six books published. He was also Theatre Critic of The Toronto Star for 15 years and host of Say It With Music on CBC Radio for 14 years. He has served as Artistic Director of 5 major Canadian theatres, and been an Associate Director of the Stratford Festival of Canada for 4 seasons.