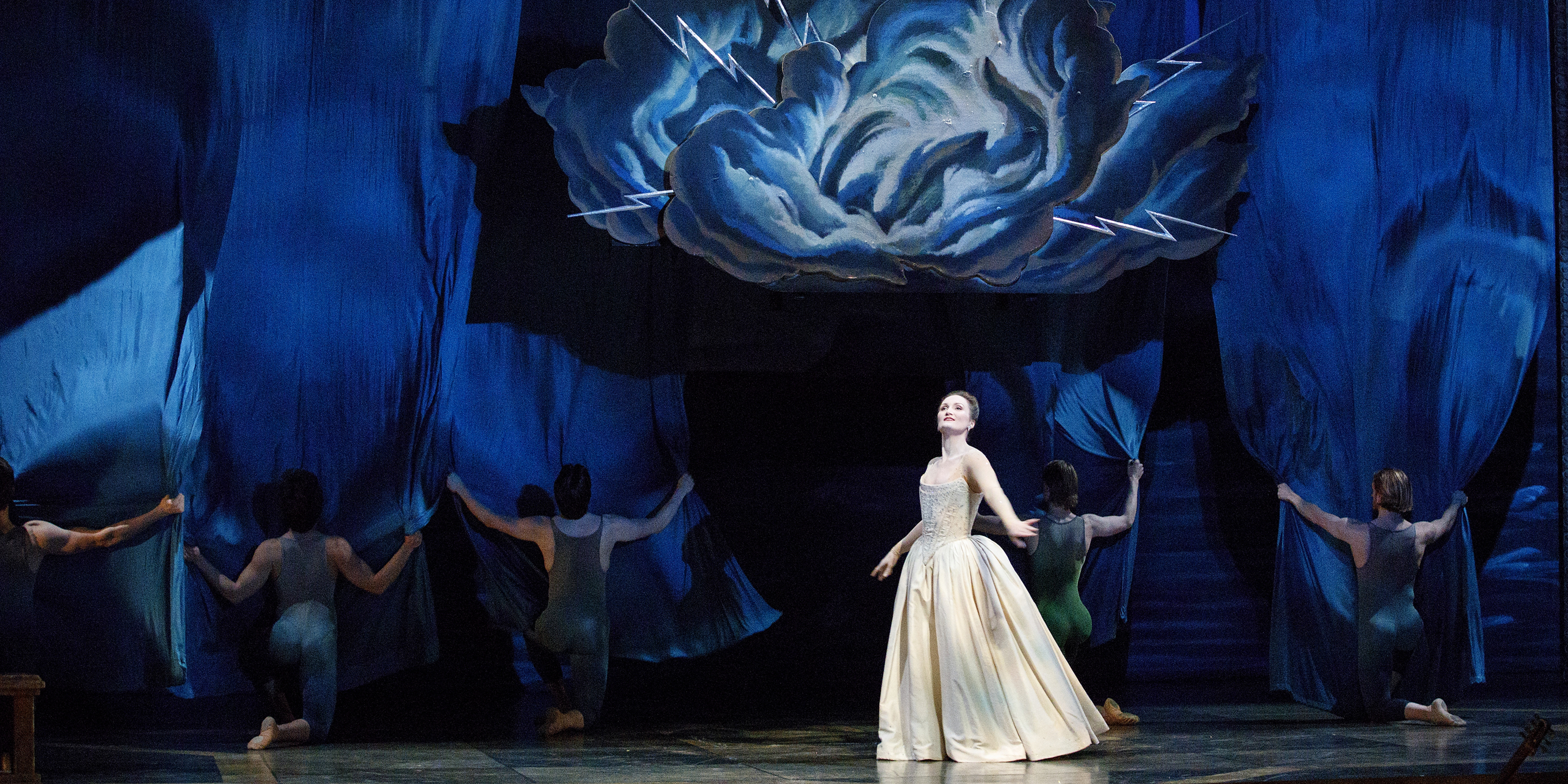 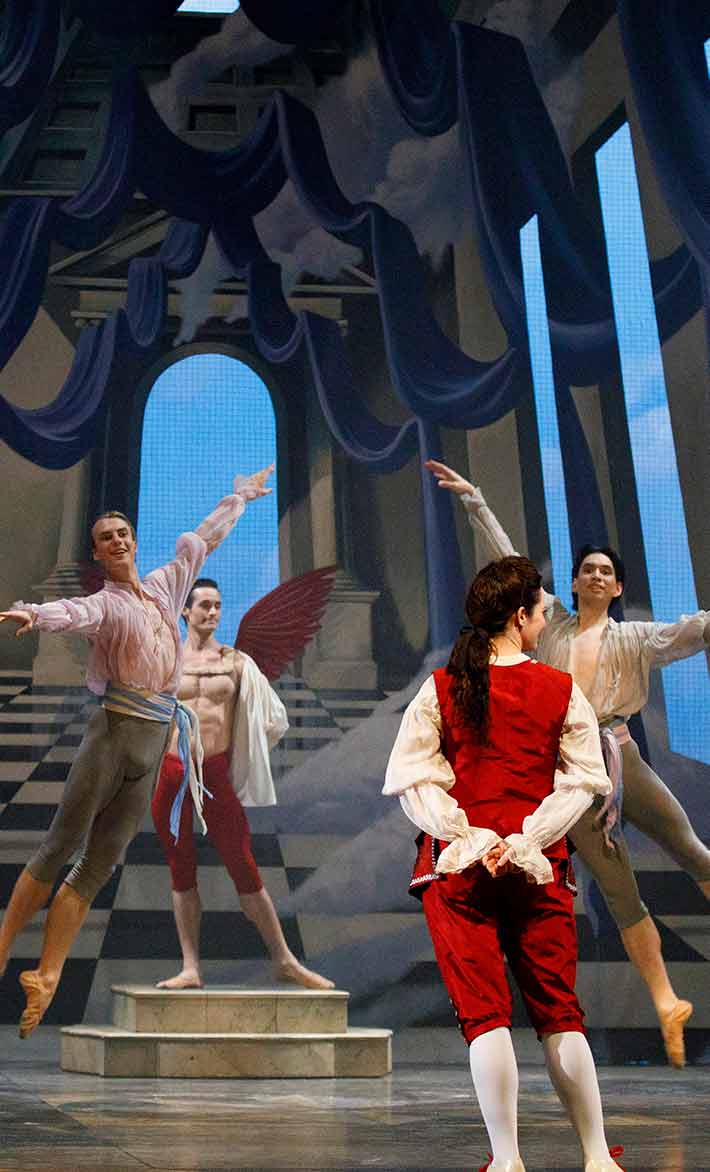 Baroque opera has its beginnings in the late Renaissance in Italy. It was originally conceived as an attempt to revive ancient Greek drama. Although no classical Greek music survived, Renaissance scholars were aware that Greek drama included declamation, and choral chanting. Consequently, early attempts at reviving this art form included these elements in addition to stories based on Classical themes and mythology.

By the 17th century, opera had become a highly respected and codified art form in its own right. The gorgeous and elaborate productions of the 17th and 18th centuries were expensive to mount and required exceptionally well trained singers, instrumentalists, dancers, machinists and scenic artists. The greatest composers of the world lent their talents to developing this art form which came to be seen as one of the sublime examples of human creativity. Opera encompasses all of the arts, and enjoyed unparalleled popularity from its conception right up to today. Opera is the stylish, dazzling, often beautiful, often sad, warm hearted, funny, serious and even sexy form of music that has enriched our lives for hundreds of years. Originally an art form for a privileged few, opera has evolved into an international multi-media crowd pleaser. The word “opera” is Italian and comes from the plural for the word “opus” which means work. Opera combines the best of all worlds- spectacular singing, rich orchestral sounds, drama, dance, beautiful sets, lavish costumes, elaborate lighting and special effects. These artistic qualities combine to make opera one of the most powerful and comprehensive art forms. The word “baroque” was originally used as an insult to describe art or music which was overly extravagant, even slightly bizarre. It comes from the Portuguese word barroco, a misshapen pearl. In the twentieth century it has become the respectable name for music from about 1600, when opera was born in Italy, until about 1750. 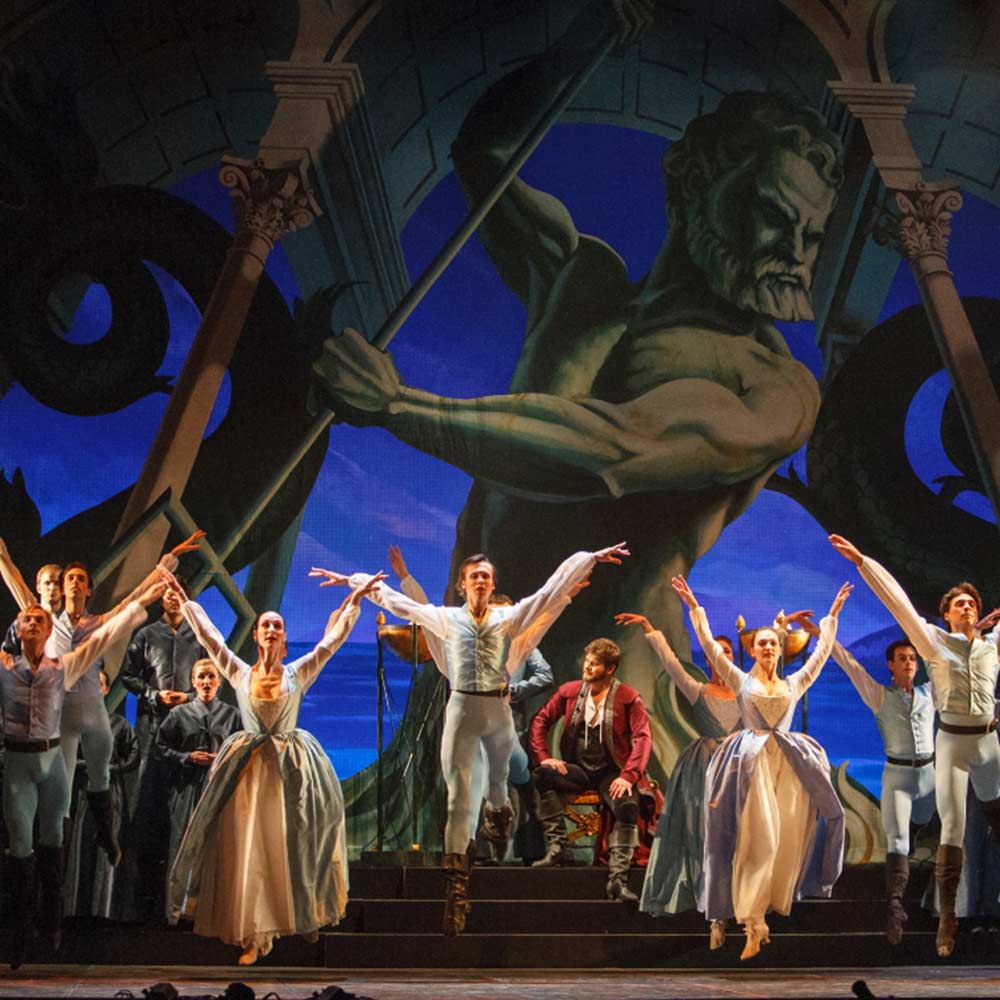 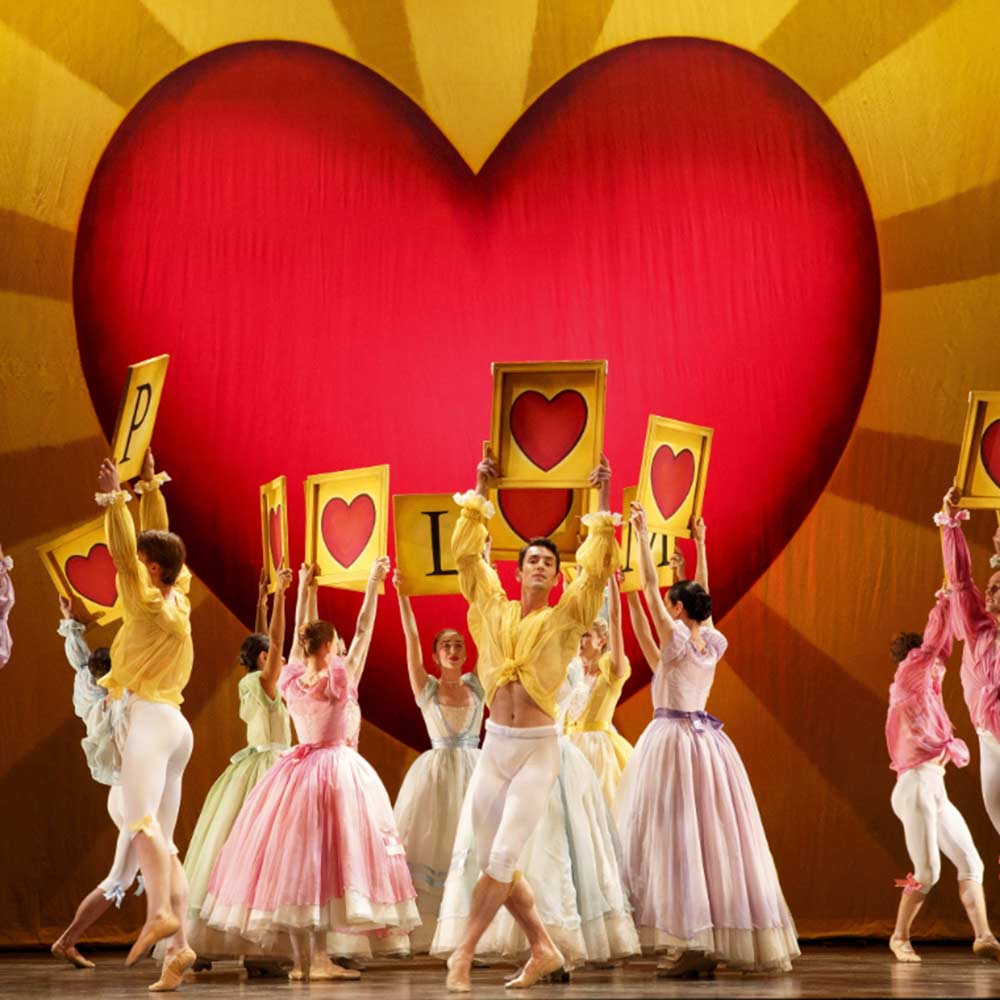 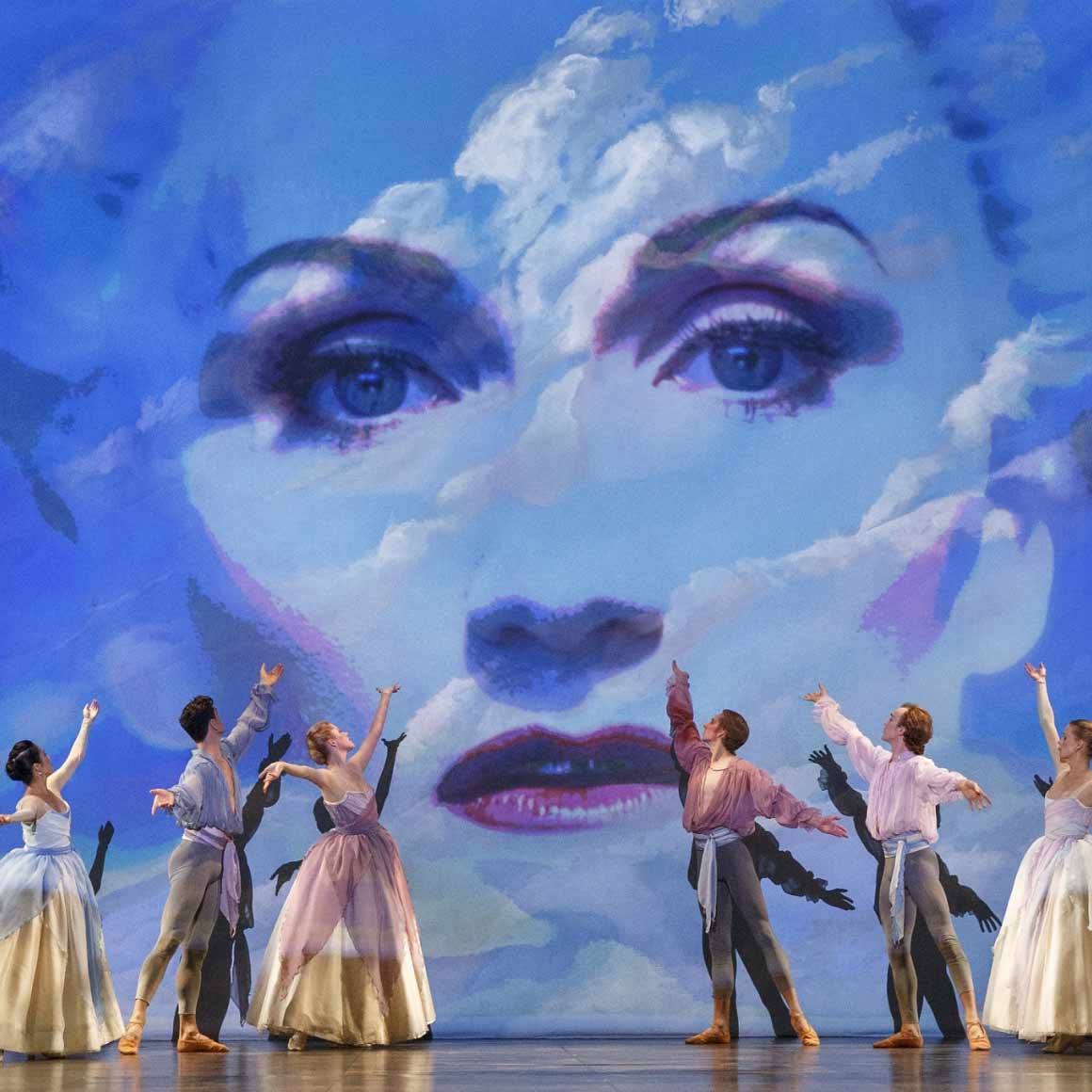 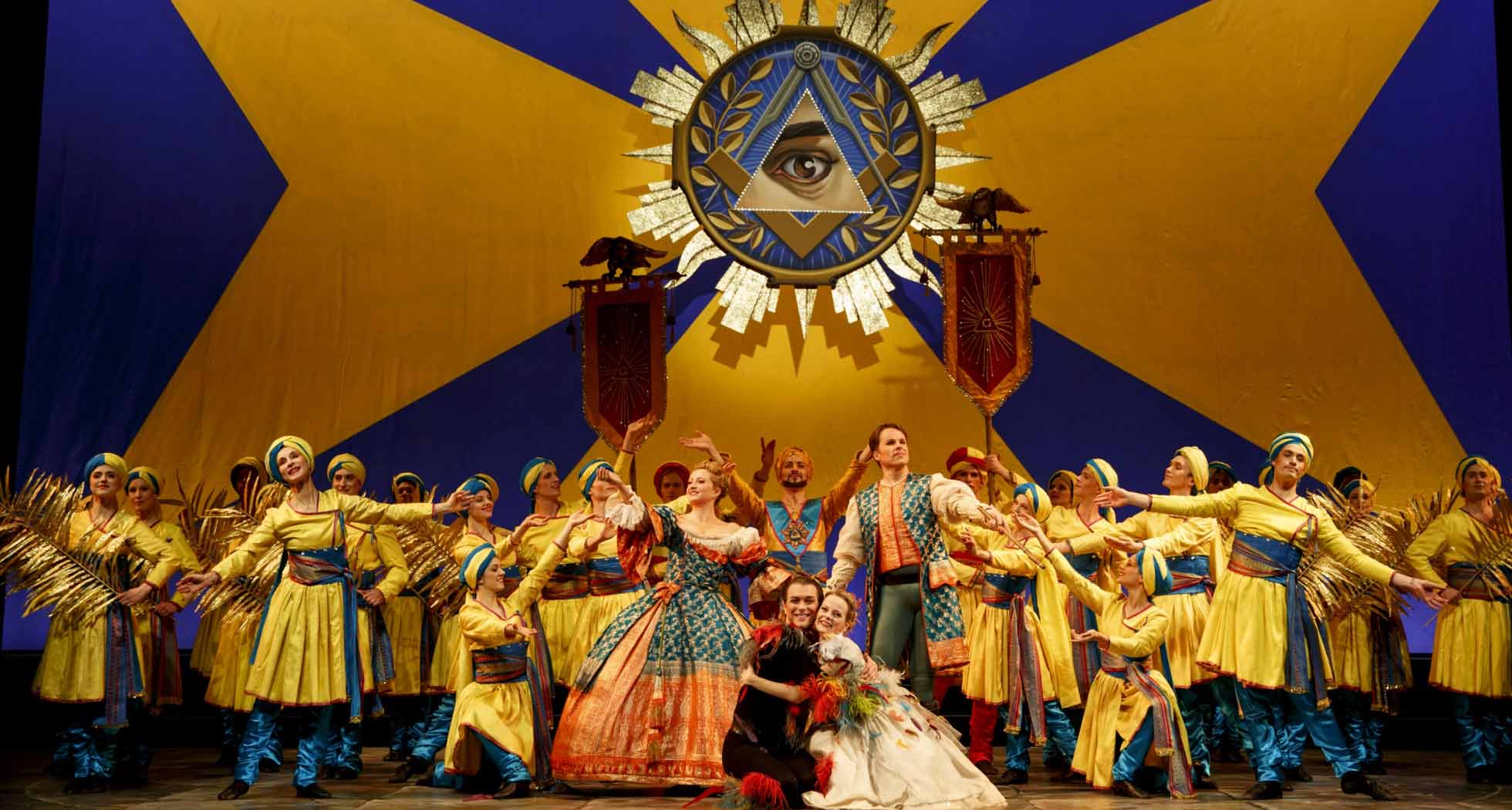 The proscenium stage that we know today was invented in the 17th century. Before this time theatrical events took place out of doors on movable carts and platforms or in the banqueting and reception halls of palaces and great homes. Opera as we know it was invented in this period as an entertainment for rich and powerful patrons wealthy enough to commission these spectacular and frequently allegorical dramas set to music. An increasing demand for these entertainments led to the creation of public theatres with seating arranged around a stage that very much resemble a picture in a frame. The scenic designer of these productions (who often worked as an architect, engineer and painter) treated the stage as his canvas and carved and gilded proscenium as his frame.

Part of the challenge in designing the various locations specified in an opera was creating the illusion of depth on a frequently shallow stage. We need only to look at the painting of the period to discover the inspiration for theatrical designer of the day. Artists since the renaissance had perfected the study of perspective drawing and painting. These principles were used by stage designers to create painted scenery that reduced in scale as it approached the back of the stage. This “forced perspective” was employed on painted backdrops, side panels that slid back and forth into the wings and borders that were raised or lowered from the ceiling. Using these elements the designer could create changeable scenes of pastoral landscapes, turbulent seas, cloudscapes (often people with gods and goddesses) or virtually any desired location. Wooden clockwork machinery operated by stagehands was concealed below or above the stage and moved the scenery and provided the means for many special effects; hand cranked waves could churn a painted sea, chariots flew through the air on ropes and demons and dragons ascended from hell through trap doors. All theatres at the time were lit with candles or oil lamps and it is not surprising that most eventually burnt to the ground. A famous and perfectly preserved example with original machines and scenery is the Drottningholm Court Theatre in Sweden.

Opera Atelier is a company devoted to the production of period inspired opera, ballet and drama. As part of a creative team, the set designer’s task is to understand and visually interpret the style and technology of the baroque stage. While never recreating historical designs, Opera Atelier produces original sets and costumes inspired by these early sources.

Having researched the conventions of the early stage, the designer must then study the storyline of the opera by reading the libretto and determining the changes of location from scene to scene. At this point he or she must consult with the director about and overall visual concept for the piece.

Ultimately, a good design is one that is both beautiful and functional. To ensure that is works in conjunction with the movements on stage required that the designer work closely with the director from the start. Drawings, painting and scale models are employed to establish the mood of each scene and to determine entrances, exits, and special effects. Generally a complete miniature set is created in advance so that the designer, director, carpenters and scenic artists can consult on the practicality and cost of the design. The designer must work with a technical director who oversees the construction and installation of the set, a lighting designer who will help create the changing atmosphere on the stage and pop makers who build furniture and objects handled by the singers or actors.

In renaissance instrumental ensemble music, each part was played by one musician. Baroque composers continued to compose solo and chamber music but they also experimented with creating a fuller sound by putting several performers on one part to form an orchestra. Baroque composers began to compose more extended instrumental pieces than in former times and they created forms in which several movements could be grouped together. Sometimes these movements were in contrasting but related keys. Our modern system of major and minor keys is an invention of the baroque period; baroque composers were the first to think of their music as a series of chords built above a bass line, each having a relationship with the main note of the key

How is a baroque orchestra different from a modern orchestra?

Opera Atelier’s orchestra, Tafelmusik, plays on “original instruments” – the instruments which the composers of baroque music played themselves. Orchestral instruments have changed over the years to reflect changing tastes in sound production. For example, modern violins are strung with steel strings as opposed to early violins, which are strung with gut.

One of the most striking features of a baroque orchestra is the continuous presence of the harpsichord. It doubles the line played by the cello and bass in the left hand and makes the orchestra sound louder by filling out the harmonies with chords. The harpsichord’s distinctive sound is created by quills made from bird feathers which pluck the strings, making the bass line sound clearer and the rhythms more driving. Baroque orchestras were usually directed by one of the players instead of a separate conductor. 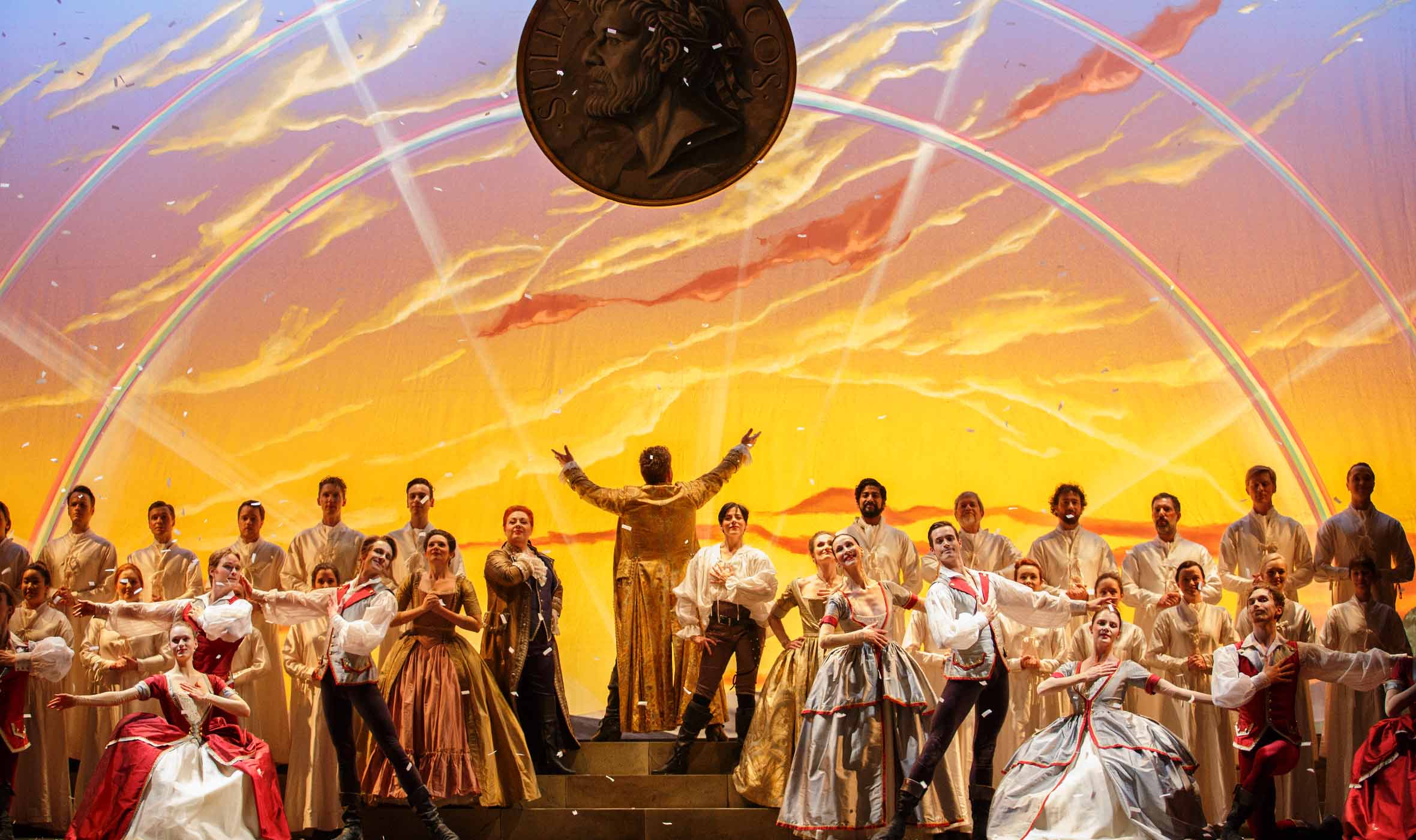 Over the past 33 years Opera Atelier has developed an extremely detailed and recognizable performance style based on the gestural acting/oratorical technique of the 17th and 18th centuries. Essays in classical oratory by Quintillian and Cicero provided a model for Baroque actors, as did postures and gesture taken from both classical and contemporary paintings and sculpture. Rhetorical gesture was designed to accompany individual words of text, rather than to display the pervading emotions. Like the test, gestures were coherently and gracefully linked to provoke the maximum response from the spectator. Ideally, the use of gesture assists the actor in eliciting an emotional response from the audience, while he maintains control of his technique – a necessity when dealing with the sheer density of text of most Baroque opera and drama. The Baroque actor is a storyteller. It is his job to make the audience feel what he describes. The Baroque actor strives to ensure that audience members are not voyeurs, rather they are participants in the emotional journey of each player.

The gestures for both rhetoric and opera fall into the following categories:

Emphatic gestures: in which the actor enforces the important words by gesture;

Imitative gestures: in which the actor imitates, for example, the gentleness of a scene he talks about with a gentle gesture;

Affective of expressive gestures: in which the actor expresses a particular passion such as fear or grief with specific gestures.

Some of the gestures can be combined to form a complex gesture expressing two or more meanings at once. Each of them can be performed in such a way as merely to suggest its meaning rather than to make it explicit. Baroque gesture and rhetorical speech patterns prevailed on the European stage throughout the nineteenth century.

Baroque dance developed in the brilliant court entertainments of Louis XIV of France. The dances had names such as Minuet, Sarabande, Gavotte and many others which we know today primarily as musical forms. The dances were choreographed by dancing masters in endless variations. There is a form of notation, first published in 1700 which has come down to us in dozens of examples of late 17th and early 18th century dances. Louis XIV was the greatest patron that the choreographic art has ever had, and in 1661 he founded the Académie Royale de Danse with the aim of “establishing the art in its perfection.” The characteristics of the French ballet were grace, charm and elegance. The technical vocabulary included many elements which are still to be seen in modern day ballet including the five positions of the feet, entrechats, sissonnes, cabrioles and assemblés. The French style of dancing was practised throughout Europe during the 17th and 18th centuries and was admired by such great composers as Gluck and Mozart.