Director of Finance and Administration

Artist Advisor to the Board

Marshall Pynkoski’s fascination with music, theatre and dance of the 17th and 18th centuries began in classes with the late Leonard Crainford and John Marshall, respectively Chairman and Major Examiner, Royal Academy of Dancing in London. His further studies with Florentina Lojekova (Master Artist of Czech Republic) and David Moroni (the Royal Winnipeg Ballet) were pivotal in his decision to pursue a career as a dancer and director.

Early in Mr. Pynkoski’s professional career, he had the opportunity to undertake in-depth studies of Baroque opera and ballet in Paris. His studies continued with renowned Baroque dramaturge Professor Dene Barnett at Flinders University in South Australia.

In 1985 he founded Opera Atelier with his partner Jeannette Lajeunesse Zingg and he has since directed a wide range of period productions of Baroque and early Classical opera and ballet in close collaboration with Tafelmusik Baroque Orchestra. He has acted as guest instructor at the Centre for Baroque Studies, Versailles under conductor Marc Minkowski and has collaborated with many of the finest artists in the world of early music. His productions of opera and ballet have toured throughout North America, Europe and Asia.

He is a recipient of numerous awards including the Toronto Arts Award, the Ruby Award for outstanding contribution to opera in Canada, and the TIME Magazine award for Classical music. He has been named Chevalier dans L’Ordre des Arts et des Lettres by the Government of France. In 2013 Mr. Pynkoski had his Salzburg Festival debut with Mozart’s Lucio Silla and he recently made his directorial debut at La Scala in Milan. In August 2018, he was joined by OA’s entire creative team to direct and open a new production of Rossini’s Ricciardo e Zoraide for the Rossini Opera Festival in Pesaro, Italy.

Mr. Pynkoski was awarded the Order of Canada in 2018. In 2019 he directed Grétry’s Richard Cœur-de-Lion for the Royal Opera House, Versailles. Most recently he was made an Officer of the Order of Arts and Letters by the government of France.

“What drew me in soul and spirit was Baroque opera with its intricacy of music, singing, acting, scenery, costumes, and dance or ballet. For years I have been ardent and steadfast in my admiration for Opera Atelier, the Toronto company devoted exclusively to mounting baroque operas from the 17th and 18th centuries. What Atelier’s founders, husband and wife Marshall Pynkoski and Jeannette Lajeunesse Zingg, have done is astounding.”

Jeannette Lajeunesse Zingg has performed and choreographed internationally for more than two decades. She received her training in London, Copenhagen and Paris. She credits her teachers (including her most important teacher/mentors — John Marshall and Florentina Lojekova) with instilling in her a love for dance history.

As a young dancer, she relocated to Paris where she undertook in-depth studies of Baroque dancing from original source material. These studies were supplemented by intensive training in North America by Wendy Hilton and Sandra Caverly — experts in Baroque dancing and Bournonville technique respectively. Since then, Ms Zingg has choreographed and performed in more than 70 productions for Opera Atelier, which she founded in 1985 with her partner, Marshall Pynkoski.

Opera Atelier productions have been performed in Versailles, at the BBC Proms, Houston Grand Opera and the Glimmerglass Festival. Opera Atelier has also introduced period productions of Mozart to audiences in Japan, Singapore and Korea.

Ms Zingg has received numerous awards including the prestigious Toronto Arts Award, the Opera Canada Ruby Award for outstanding achievement in the field of opera in Canada in addition to having been named by TIME Magazine as one of Canada’s most influential artists in the field of Classical music. She has collaborated with conductors Marc Minkowski, Christopher Hogwood, Andrew Parrott, David Fallis and Stefano Montanari and choreographed for dancers from the National Ballet of Canada, The Scapino Ballet, The Dutch National Ballet, La Scala Ballet, and Opera Atelier. She has also choreographed and performed in numerous film projects including Rhombus Media’s Master Peter’s Puppet Show, Romeos and Juliets and The Sorceress opposite Dame Kiri te Kanawa. In 2013 Ms Zingg had her Salzburg Festival debut with Mozart’s Lucio Silla, and in 2015 she made her choreographic debut at La Scala in Milan. In August 2018, she choreographed the opening production for the Pesaro Rossini Opera Festival featuring dancers from La Scala.

Ms Zingg was awarded the Order of Canada in 2018. In 2019 she choreographed the ballet for Grétry’s Richard Cœur-de-Lion for the Royal Opera House, Versailles. Most recently she was made an Officer of the Order of Arts and Letters by the government of France. 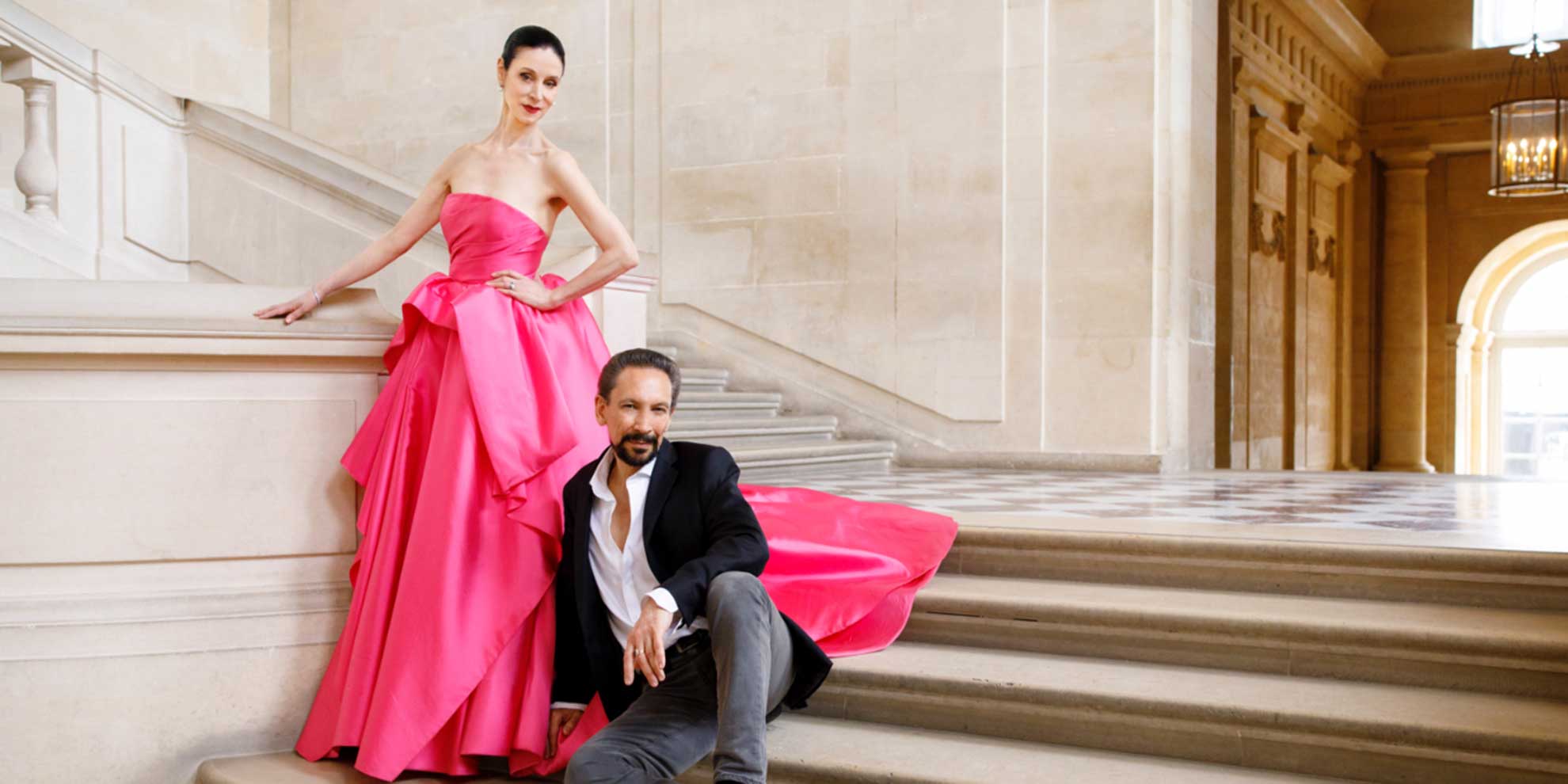 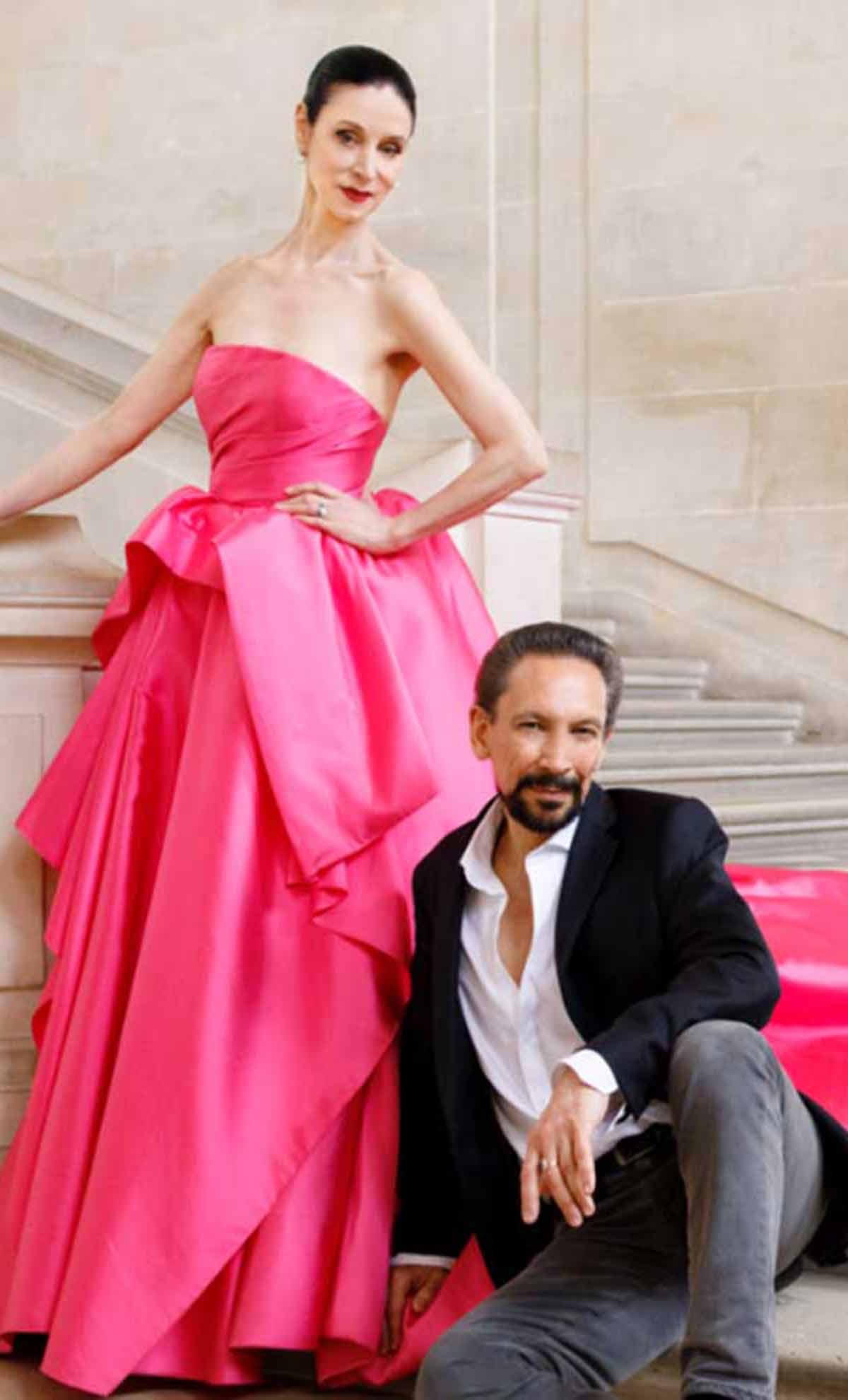 David Fallis is a Canadian conductor and music director renowned for his work in many genres of music.

Mr. Fallis has recently accepted a two-year appointment as conductor of the Toronto Mendelssohn Choir, Canada’s oldest choral institution. This season he is also directing the MacMillan Singers at the Faculty of Music, University of Toronto.

From 1990-2018 he was Artistic Director of the Toronto Consort, Canada’s leading ensemble specializing in the music of the Middle Ages, Renaissance and early Baroque, with whom he toured extensively in Canada, the US and Europe, and led the ensemble in their numerous recordings.

For the prestigious Luminato Festival in Toronto, he conducted Murray Schafer’s music-theatre epic Apocalypsis at the Sony Centre in 2015. Mr. Fallis was the Music Director for the world premiere of R. Murray Schafer’s The Children’s Crusade, also at the Luminato Festival. He has conducted world premieres by many other leading Canadian composers, including James Rolfe, Christopher Butterfield, Christos Hatzis and Andrew Ager.

Mr. Fallis directs Soundstreams Choir 21, a vocal ensemble specializing in contemporary choral music, which has performed for Soundstreams Canada, the Toronto International Film Festival during the inaugural film series at the Bell Lightbox, for the Toronto Symphony Orchestra in their “New Creations Festivals”, for the Art of Time Ensemble, and for Continuum Contemporary Music.

Mr. Fallis was the historical music producer for two acclaimed TV series The Tudors and The Borgias. He lives in Toronto with his wife Alison Mackay.

Resident Set Designer Gerard Gauci has worked with the company since its inception. He has designed sets for all of Opera Atelier’s repertoire including Orfeo, The Coronation of Poppea, Médée, Iphigénie en Tauride, Armide, Alcina, Idomeneo, The Marriage of Figaro, La Clemenza di Tito and Don Giovanni. He has received nominations for the Dora Mavor Moore Award for outstanding scenic design for his work on Persée and Lucio Silla.

Gauci has worked as a museum designer creating exhibition installations for the Art Gallery of Ontario, the Aga Khan Museum and the Gardiner Museum. He also pursues a career as a painter exhibiting at the Galerie de Bellefeuille.

Michael has designed sets and costumes for theatre, musical theatre, opera, and ballet productions across Canada. He created the costumes for Opera Atelier’s production of Alcina, and for Marshall and Jeanette’s production of Ricciardo e Zoraide at the Rossini Festival in Pesaro, Italy. Michael recently designed the set for the world premiere of Hadrian at the Canadian Opera Company, and the costumes for the world premiere of Frame By Frame with Robert Lepage and Guillaume Côté for Ex Machina and The National Ballet of Canada. At the Stratford Festival he has designed for 12 seasons, recently creating the sets for The Music Man and The Rocky Horror Show, which became the longest running show in the Festival’s history. His set design for Cabaret at the Shaw Festival, where he has designed for 8 seasons, was featured at the Prague Quadrennial of Performance Design and Space in 2015. Michael is a recipient of two META awards and one Dora Mavor Moore award.