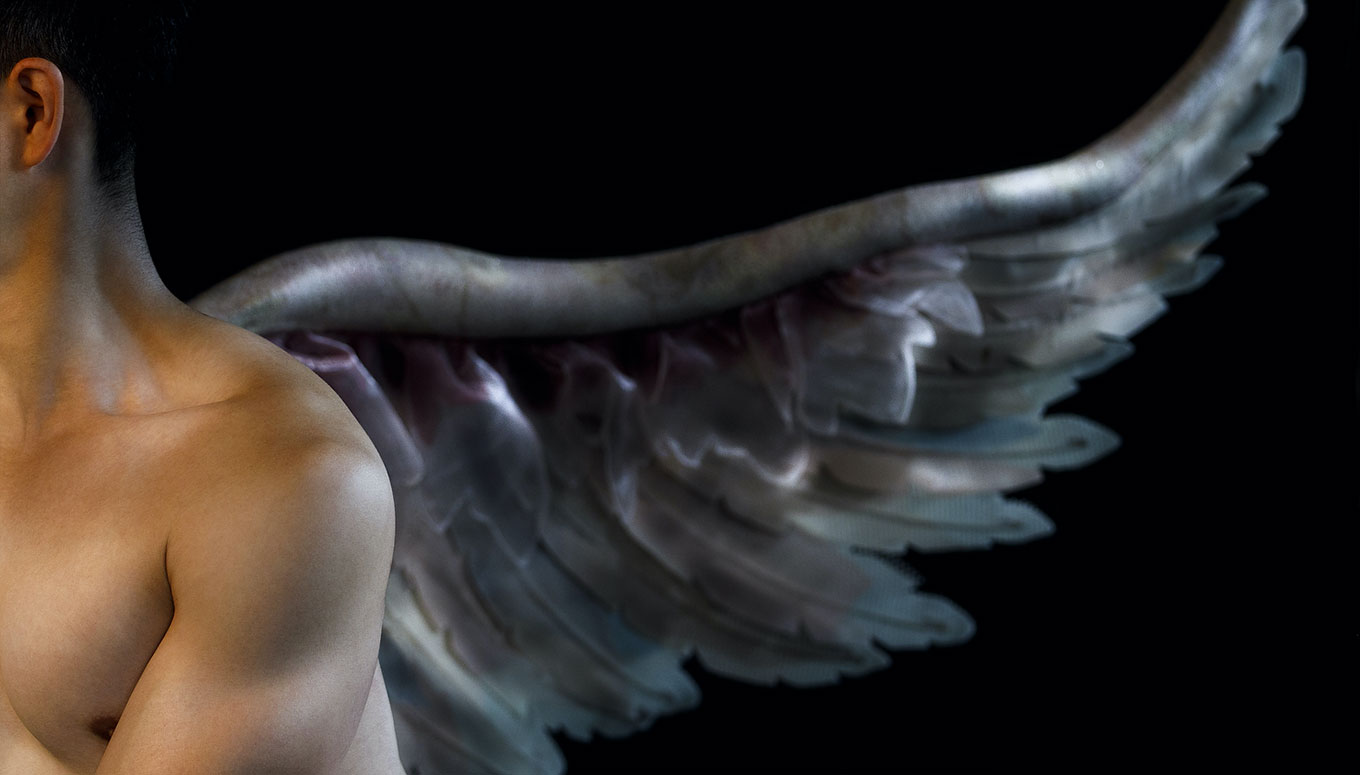 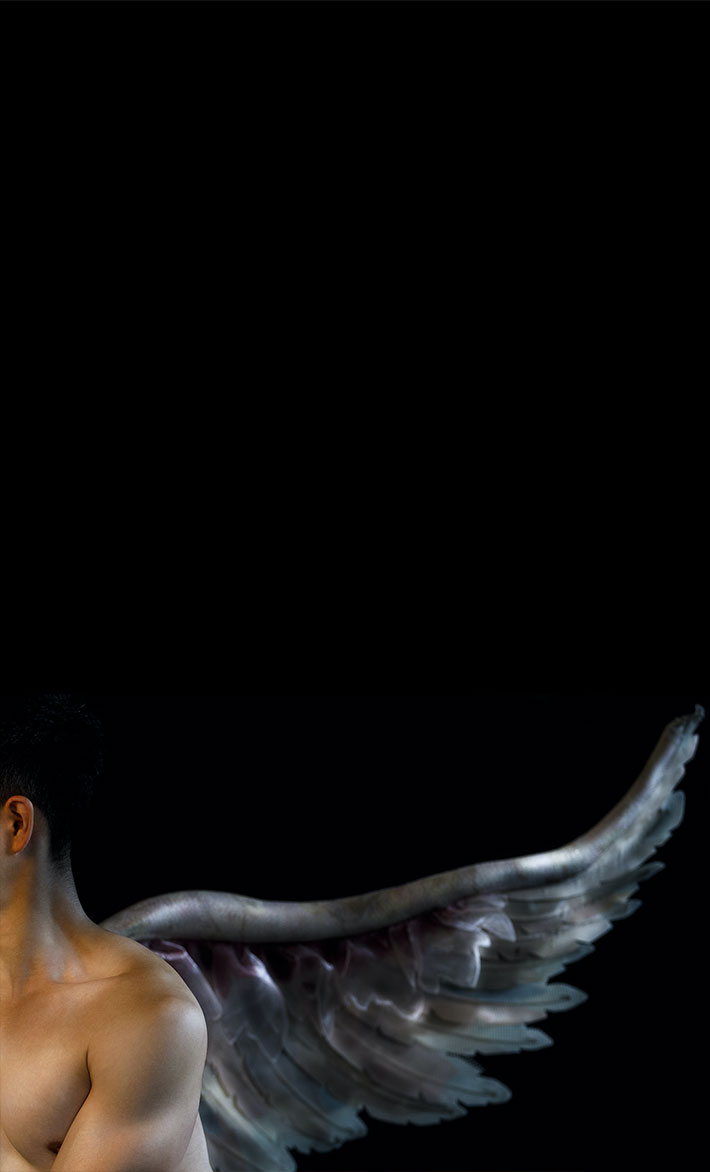 Opera Atelier is proud to announce our 2021/22 Season: Wings of Desire

Angel - fully-staged and filmed at St. Lawrence Hall, in strict compliance with provincial health and safety regulations - streaming Thursday, October 28, 2021 at 7pm ET (available until November 12, 2021). Angel marks the culmination of composer Edwin Huizinga’s commission for the company; the first iteration of the work took place in the Royal Chapel in Versailles in 2017, where Opera Atelier was invited to participate in the official Canada 150 celebrations in France.

The film will include direction by Founding Co-Artistic Director Marshall Pynkoski C.M., the full corps of Artists of Atelier Ballet with choreography by Founding Co-Artistic Director Jeannette Lajeunesse Zingg C.M., and additional solo contemporary choreography by Artist of Atelier Ballet Tyler Gledhill, and featuring the renowned Tafelmusik - Elisa Citterio, Music Director - under the baton of Opera Atelier Music Director David Fallis.
‍
The production of Angel will include Opera Atelier’s first collaboration with The Nathaniel Dett Chorale - Canada’s premiere choral group specializing in Afrocentric music of all styles - under the direction of Brainerd Blyden-Taylor, and reunites with Canadian filmmaker Marcel Canzona as the film’s director, director of photography, and editor.
‍
“Huizinga’s stunning commission has enjoyed enormous success since its premiere in 2017 in France, expanding on a yearly basis with additional performances in Toronto, at Chicago’s Harris Theater for Music and Dance, and in Versailles,” says Pynkoski. “At long last, we are able to realize this project in its entirety with a stellar international roster of artists, led by Opera Atelier’s Artist In Resident - soprano Measha Brueggergosman, the Artists of Atelier Ballet, and Tafelmusik. The film premiere will also include excerpts from John Milton’s Paradise Lost, interwoven with Rainer Maria Rilke’s mysteric poetry in a new translation commissioned by Opera Atelier from American Playwright Grace Andreacchi.”

In addition to Huizinga’s original compositions for Angel, the film will include music by Jean-Philippe Rameau, William Boyce, Matthew Locke, as well as “Summer 1” and “Winter 1” from Max Richter’s Recomposed by Max Richter: Vivaldi - The Four Seasons. (“Summer 1” and “Winter 1” are published by Mute Song Ltd. and Rough Trade Publishing, and appear by arrangement with Bank Robber Music). Angel will mark the first time Richter’s recomposition will be played on period instruments.

“Angel will be a lasting testament to the uncrushable spirit of creativity that has fueled artists and their imaginations throughout history,” says Opera Atelier Co-Founding Artistic Director Lajeunesse Zingg.

Opera Atelier will return to in-theatre performances for the spring 2022 season. Full production details, casting, dates and ticketing information will be announced in January 2022.

After the triumphant success of Grétry’s Richard Coeur-de-Lion in 2019 - directed by Pynkoski and choreographed by Lajeunesse Zingg at the Royal Opera House in Versailles - Opera Atelier’s Co-Artistic Directors have been invited back to Versailles for a remount of this production in November of 2021. At the request of Laurent Brunner, Director of Château de Versailles Spectacles, Pynkoski and Zingg’s investiture ceremony as Officers of the Order of Arts and Letters (Officiers dans l’Ordre des Arts et des Lettres) by the Government of France will also be held in November 2021 on the stage of the Royal Opera House in Versailles - an unprecedented honour for Pynkoski, Lajeunesse Zingg, and Canada.


“André Grétry’s (1741-1813) fame in the 18th Century rivaled that of Mozart’s - but because of Richard Coeur-de Lion’s association with the French Royal Family, the opera was banned during the French Revolution,” says Pynkoski.

Pynkoski and Zingg’s Versailles production of Grétry’s Richard Coeur-de-Lion marked the first time the opera had been performed in the Royal Opera House since the 18th Century. The CD and DVD of the production was the recipient of the prestigious Diamond Award from Opéra Magazine.

Single tickets for the return of Handel’s The Resurrection will go on sale Wednesday, July 21, 2021.
‍
Community members interested in viewing the Standard Audio Description version of the production of Handel’s The Resurrection or in attending the Pre-Show Chat, hosted by Pynkonski, on Wednesday, July 28, 2021 at 7pm ET on Zoom, may register by contacting Opera Atelier at opera.atelier@oepraatelier.com
‍
Single tickets for the Film Premiere of Angel will go on sale Friday, October 1, 2021. A special online pre-sale for Opera Atelier subscribers will be available on Monday, September 27, 2021.
‍
2021/22 Season Presenting Sponsor: BMO Financial Group
‍
Opera Atelier gratefully acknowledges the ongoing support of The Canada Council for the Arts, the Ontario Arts Council, the Ontario Cultural Attractions Fund and the City of Toronto through the Toronto Arts Council.
‍