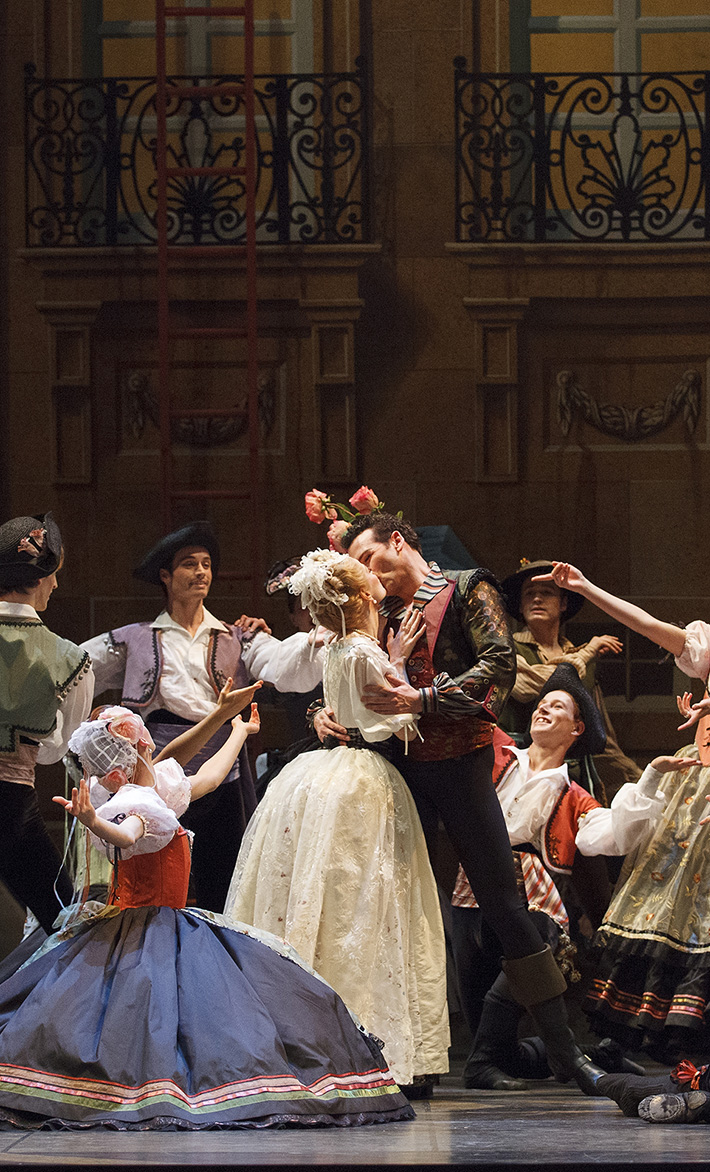 “Madame Mozart told me that great as his genius was, he was an enthusiast in dancing, and often said his taste lay in that art rather than in music.”‍

-       Michael Kelly (the first Don Basilio in The Marriage of Figaro)

Mozart’s love of dancing is well demonstrated in the several dozen contredanses and German dances and over one hundred minuets which he has left to us. He studied ballet with Vestris, the greatest dancer of his day and enthusiastically participated in Masquerades himself. In 1783, he wrote to his father, asking him to send a Harlequin costume for a performance: “I composed the scenario and the music, the dancing master kindly controlled our steps, and I must tell you we really played quite well!” The Masquerade was a popular Commedia dell’Arteform which had a strong influence on European theatre during Mozart’s life.

In 1778, Mozart collaborated with the famous choreographer Jean-George Noverre in a light ballet-pantomime, “Les Petits Riens”. He hoped to receive commissions for more ballet music from Noverre and it is unfortunate that these hopes never materialized. Just over two years later, Mozart was writing dance music for Idomeneo, including an opening Chaconne (strongly influenced by Gluck), a Passacaille, a Passepied, and a Gavotte, all with written choreographic notes by Mozart in which he visualized the choreography and even suggested individual dancers.

The dances in Don Giovanni are particularly brilliant in that they are completely integrated into the action. In Don Giovanni, a minuet, a contredanse and German dance (an early waltz) are meant to be danced simultaneously in an ingenious ballroom scene, in which they provide a background for the seduction of Zerlina. These dances, along with the Peasant Dance in Act One, are choreographed using steps and gestures current in the theatre of Mozart’s day.