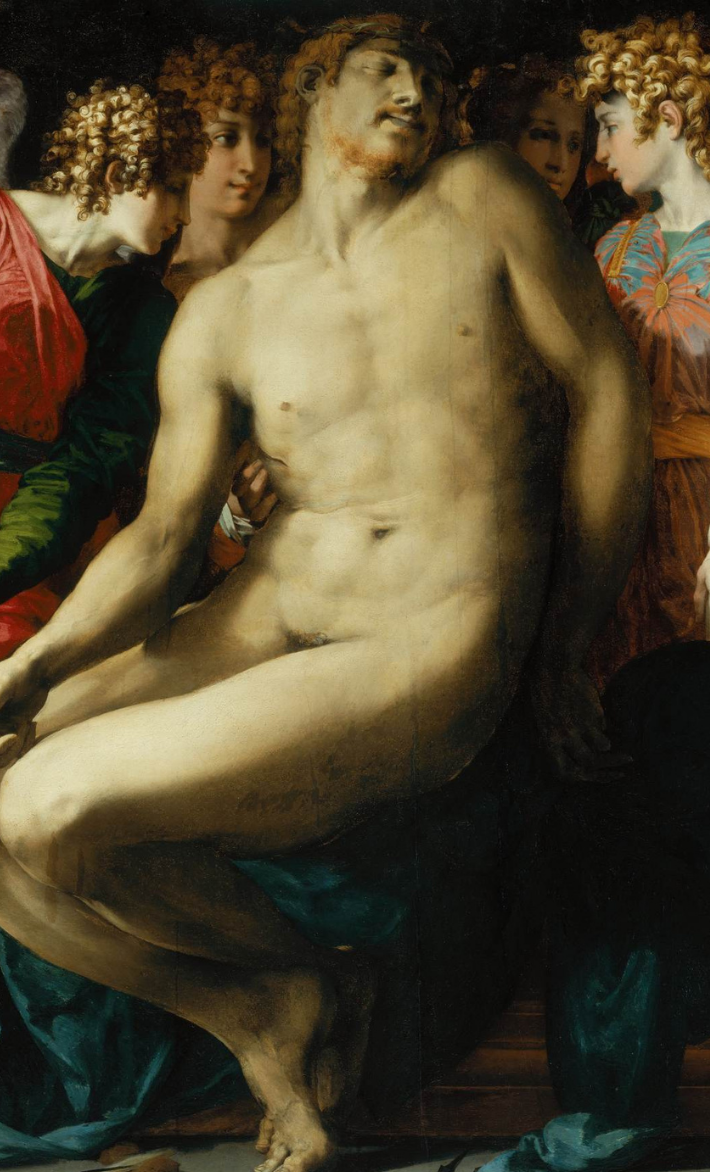 It is an understatement to say that the set designs I’ve created for Handel’s oratorio-cum-opera The Resurrection differ dramatically from those I’ve presented in the past. For most of the company’s history I’ve designed scenery for a traditional opera stage composed of a proscenium arch and fly system but this time circumstances found me designing for two unusual venues, first  a concert hall and finally a ballroom.

When Handel presented The Resurrection in Rome in 1708 the performance of opera was forbidden by papal edict. Ever resourceful, Handel and his patron the Marchese Francesco Ruspoli skirted the official censors by staging the work as a liturgical drama presented with lavish scenery in the galleria of the Marchese’s palazzo.

Two years ago when we first decided to stage The Resurrection we looked for a venue away from the theatre that like Handel and Ruspoli’s had visual grandeur and a fine acoustic and we settled on Toronto’s Koerner Hall. I immediately set to work creating designs that were meant to compliment the contemporary majesty of its interior. Instead of painted illusionistic backdrops I thought in three dimensions and drew set pieces that blended into the atmosphere of honey-coloured wood that made up the hall’s stage and its surroundings. The set was to consist of multiple staircases and hanging drapery and the Angel and Satan were to deliver their barbs from pulpits inspired by a cassapanca, a type of storage bench often seen in the halls of Italian palazzi.

Since then the production has followed a winding an unexpected path. The ongoing Covid-19 epidemic saw that first production meant for a live audience and ready for installation in Koerner Hall cancelled and postponed for a date in the future once the crisis has abated. In the meantime we reconceived the piece as a film for online broadcast using the same location and setting. As rehearsals began and preparations were under way a renewed lockdown saw the closure of the facility and the loss of our performance venue.

Thinking back to back to Handel’s original production held in a grand reception room we realized that another venue lay just under our noses. Opera Atelier’s long-time home is Toronto’s historic St. Lawrence Hall. Built in 1850 the hall was the centre of Toronto’s political and cultural life in the 19th century. It’s ballroom played host to operatic greats Adelina Patti and Jenny Lind and following in their footsteps we’ve embraced this glorious room of pink and gold stucco lit with glittering crystal chandeliers as our new performing and filming venue.

I’ve reimagined the set as a contemporary installation in a historic setting incorporating elements from the original design, scaffolding, lighting towers and the room itself to create a setting never before seen by our audience that tells as much about the production’s complex journey and rebirth as it does about the opera’s story of Christ’s death and resurrection.

Join us for the Canadian Film Premiere of Handel's The Resurrection on May 27, 2021 at 7:00PM ET. Purchase your tickets today!